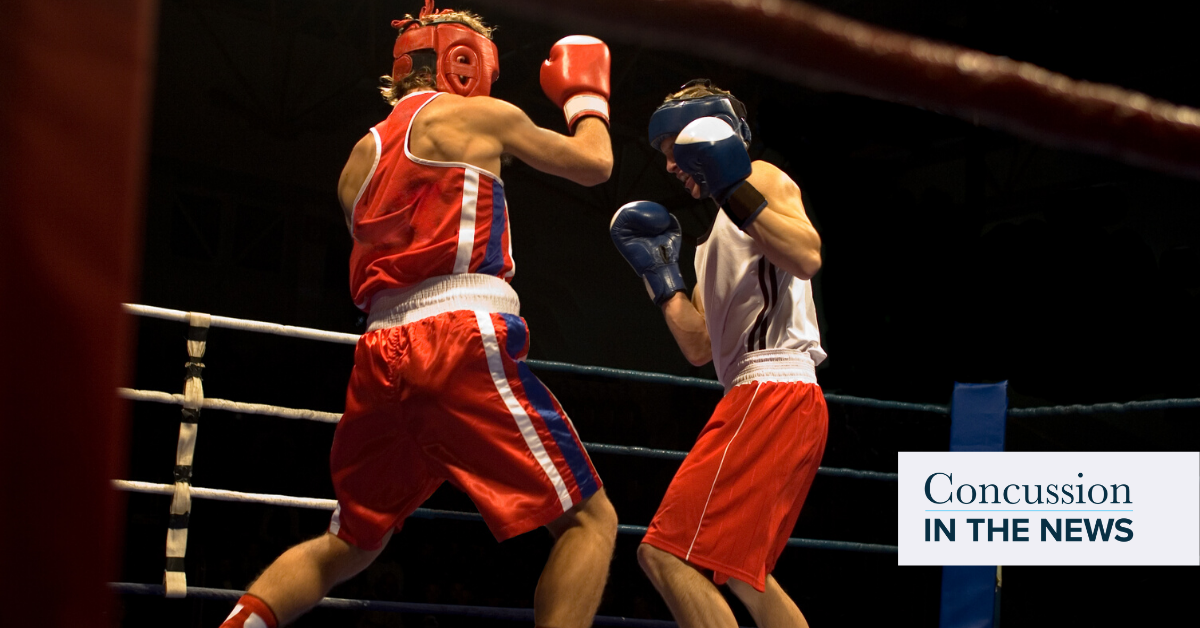 The latest news on concussion, presented by the International Concussion Society

More studies and research on concussions are being released in the news. This month, the community is talking about concussions disrupting the flow of information in the brain. Read on to learn more about how concussion damages the “bridge” between the two halves of the brain. We also cover the dementia risk in soccer, concussion’s potential link to teen suicide and boxing’s concussion protocol.

Concussions Damage the ‘Bridge’ Between the Two Halves of the Brain

Researchers recently found that the bridge between both halves of the brain may fundamentally change after suffering a concussion. This means that communication within the brain could be disrupted. More studies will need to follow for additional insight and confirmation, but this could have an impact on how concussions are treated in the future.

Dementia in Soccer: Ex-Players Three and a Half Times More Likely to Die of Condition

A study from Glasgow University determined that ex-professional soccer players are 3.5 times more likely to die from dementia than non-soccer players from the same age range. The study compared deaths of 7,676 ex-players to 23,000 from the general population. Results showed that while former soccer players had higher dementia rates, they had lower rates of death due to other major diseases such as heart disease or lung cancer.

Could a Concussion Raise a Teen Athlete’s Suicide Risk?

According to a report by the University of Texas School of Public Health in Austin, Texas, high school athletes who suffer repeated concussions may be at a heightened risk of suicide. Data on more than 13,000 students showed that those who had a concussion within the last year were more likely to have feelings of depression, suicidal thoughts and to have planned or attempted suicide. This study shows the long-term effects a concussion can have on those with developing brains.

Why Boxing Needs to Rethink Its Concussion Protocol

Professional boxer Phil Lo Greco recalls little from a fight he took part in with a concussion, but he does remember the concussion causing him to feel “weird and confused.” Lo Greco explains that the first step to decreasing the impact of concussion on boxers is to educate fighters, trainers, referees and fans on what concussion is so that it can be taken seriously. From there, Lo Greco shares why boxing needs to change its stance on heavy blows to protect fighters.