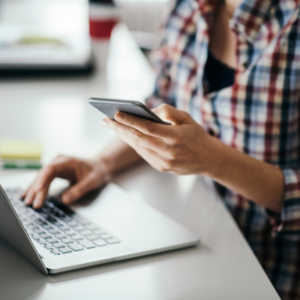 Popular culture has perpetuated several myths about concussions. This misinformation can be dangerous, as it can lead to improper protocol and treatment of concussions.

We’ve debunked five of the most common concussion myths so you can keep yourself, your family and your friends safe the next time someone experiences a head injury.

Myth 1: You Need to Lose Consciousness to Have a Concussion

This is one of the most pervasive myths about concussions, and it’s propagated by TV and films. This myth is particularly dangerous, as it can lead people to think they haven’t suffered a concussion because they never lost consciousness.

In reality, only around 10% of concussions include loss of consciousness, according to the University of Pittsburgh Medical Center (UPMC).

Myth 2: You Have to Hit Your Head to Get a Concussion

Because football-related concussions are covered so frequently by the media, people might believe that concussions only occur from intense blows to the head during athletic activities.

Myth 3: You Have to Keep Someone with a Concussion Awake

People have long believed that it’s dangerous to let people with concussions sleep, for fear they’ll fall into a coma or lose consciousness without anyone knowing. Many believe that it’s important to monitor people with concussions and wake them up often to prevent this from happening. This misinformation, the BBC notes, comes from the thought that if a person is suffering from a brain bleed, or a hematoma, sleeping could lead to a rare, potentially fatal complication called a lucid interval.

However, internal bleeding in the brain is rarely associated with concussions, and if a person with a concussion has been cleared by a medical professional, it is safe for him or her to sleep.

In reality, sleep is beneficial for those who have suffered concussions. One of the best ways to treat concussion is through mental rest, and sleep is the perfect way to give the brain the cognitive rest it needs, according to the Cleveland Clinic. Everyday activities can be more tiring when recovering from a concussion, which is why sleep is so important.

In some cases, concussion symptoms won’t show up for hours, days or even a week after an injury. In addition to early symptoms such as confusion, headache, dizziness and memory loss, more delayed signs and symptoms might include sensitivity to light and noise, irritability, difficulty sleeping, fatigue and depression, according to the Washington Post.

Myth 5: You Can Return to Play as Soon as You Feel OK

Because it can take up to a week for the symptoms of a concussion to appear, it’s wise for someone to wait to return to play until he or she has been cleared by a medical professional. Even though someone might feel physically ready to play, he or she needs to make sure they have had enough mental rest, too.

Entering play too soon can lead to dangerous and potentially fatal complications, such as post-traumatic headache—a headache that can persist for months—or second-impact syndrome, in which someone suffers a second concussion before he or she has healed from the first one.