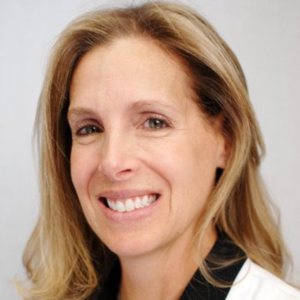 Beth Shubin Stein, MD, discusses the most common types of injuries among female athletes and how they can advocate for better treatment

Field and court sports provide the highest risk for injury in female athletes, says Dr. Beth Shubin Stein, Associate Professor of Orthopedic Surgery and Sports Medicine at the Hospital for Special Surgery in New York. When it comes to the type of injury, Dr. Shubin Stein says female athletes are most susceptible to knee and shoulder injuries—and even have an increased risk for some of these injuries compared to male athletes. While prevention programs aimed at educating female athletes about the prevalence of these injuries and how to best train to reduce their risk have popped up in recent years, there is still work to do.

Dr. Shubin Stein recently spoke with us about the differences in treatment between male and female athletes, the most common type of injury female athletes face and the role concussion plays in women’s athletics.

Treatment of female athletes has improved significantly in the past couple of decades, Dr. Shubin Stein says. “In the last 15 to 20 years, we’ve seen a huge shift toward more aggressive care for the female athlete,” she says. “That’s because, in this generation, we have seen nearly equal sports participation amongst women and men as they grow up.”

Dr. Shubin Stein says she always advises her female patients to speak up if something doesn’t seem right when they are being treated for an injury. “Women need to be their own best advocates,” she says. “If what they’re told on the sidelines or even in the doctor’s office does not make sense, or they’re told that it’s time to return to sport and something doesn’t fit, they should say, ‘I’m not comfortable. Something is off.”

The Prevalence of Knee Injuries in Female Athletes

The anatomy of the female knee and the way in which women land, cut, pivot and jump contribute to this increased risk of knee injury. More specifically, female athletes have a higher incidence of ACL injuries than male athletes in the same sports, according to a 2012 study published in Research In Sports Medicine.

Dr. Shubin Stein says prevention programs have been created to mitigate the risk female athletes face regarding knee injury. This is an area experts have tried to create more awareness about, especially in youth athletics. But incorporating these risk prevention programs in youth athletics is still a challenge. “Unfortunately, most of the schools that would benefit from it don’t have the finances to get the athletic trainers who could actually help them,” Dr. Shubin Stein says. “But the awareness is there.”

For female athletes, the greatest risk for concussion occurs in soccer and lacrosse, Dr. Shubin Stein says. This year, female lacrosse players have the option to wear helmets for the first time. Previously, there were no protective helmets for women, Dr. Shubin Stein says. Men, on the other hand, have always worn protective helmets during lacrosse.

Dr. Shubin Stein says she believes newer and stricter policies that came out regarding concussion in the past few years have created more awareness for concussion not only in athletes but health care providers, as well.

“When my patients and I speak, and we talk about the injury at hand, if it had anything to do with their head, I make sure that they’ve either seen a neurologist or have an appointment to see a neurologist to be evaluated,” she says.

Dr. Shubin Stein believes this increased awareness about concussion will make treatment of it gender-neutral in the future. “I think we will see that concussion is treated aggressively both between men and women. The focus now is more equal in terms of how we treat our young athletes,” she says. “I don’t think that was true 25 years ago, but it has become true within the last decade.”

Beth Shubin Stein, MD, is a Scientific Advisory Board Member of the International Concussion Society. The International Concussion Society sponsored website Concussion.Org  is the number one destination for information related to concussion prevention, diagnosis and treatment. Our mission is to serve medical professionals, athletes, administrators, coaches, patients and the public by providing a central repository of accurate and scientifically vetted concussion research. Working alongside our world-class Scientific Advisory Board, Concussion.org aims to be the most trusted global index on one of the most common, yet least understood, forms of traumatic brain injury. If you would like to be interviewed for an influencer profile, please fill out this form.