The Impact Report with Thomas Bottiglieri 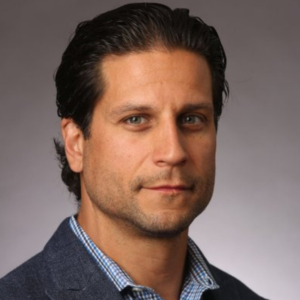 Thomas Bottiglieri, DO, aims to fight concussion so current and future athletes can keep playing the sports they love, safely

Dr. Thomas Bottiglieri found his passion for treating concussion through his own personal experiences. During his high school and college career as a linebacker, he suffered from concussion symptoms, but did not have the resources needed to adequately return to play. “In the days that I played football,” Dr. Bottiglieri said, “almost nothing was known, or at least said out loud, about the dangers of brain injury in sport.” Due to the lack of knowledge surrounding concussions, he chose to retire from his sport to focus on his recovery. This experience led to his decision to specialize in sports medicine and concussion. Today, he is Associate Professor of Sports Medicine at New York-Presbyterian/Columbia University Medical Center, where he works to better understand the disease in order to best evaluate, treat and protect patients. As a member of the International Concussion Society’s Scientific Advisory Board, Dr. Bottiglieri elaborates on the future of the field.

What does the word concussion mean to you?
A concussion is a syndrome including a constellation of injuries impacting brain function after trauma. My interested has always revolved around sport related concussions. When specifically working with athletes, there is a unique character of the pathology involved, given the known signs and symptoms as well as the more opaque sub concussive blows in collision sports.

How have concussions impacted your life or career?
Having participated in high school and collegiate football, as a linebacker, I am personally familiar with the nature of concussion. I have a love-hate relationship with football given the character-building nature of the sport. However, there is obviously a detrimental impact, which I have experienced both personally and professionally.

Due to my experiences, I hope that furthering the science to better understand the pathophysiology, biomarkers, and appropriate treatment for brain injury in sport will help to both protect athletes and save the game.

Have you ever experienced a concussion personally?
There are several stories I could tell of times when my brain was injured during sports participation. The most important, though, is my last concussion. It was one that occurred after never having reported a single injury, despite many. When in college, after several weeks of ignoring concussion symptoms, and multiple undiagnosed concussions, a final hit caused me to lose consciousness while participating in an Oklahoma drill, during practice. This was followed by subsequent post-concussion syndrome that lasted years.

It is my belief, that had I known the impact of each injury and had appropriate medical treatment, I might have been able to recover and have success with college football.

In your opinion, why is it so important to educate your field about concussions?
The term concussion is still an ill-defined entity and overall lacks research. There is a need for further studies to better characterize the various subtypes of concussion and understand the pathophysiologic mechanisms involved. For the athletic population, it is important that they are educated on the implications of each injury in the short and long term, appropriate time for return to play, and the time at which they are no longer safe to participate.

There are many studies happening. However, it is important to be able to apply the science for clinical practice, while pushing the field to undertake studies needed to fill gaps of current clinical knowledge.

If you could share one piece of information about concussion, what would it be?
The most important marker of injury is honest symptom reporting, which makes building trust with your athletes vital in their care. Athletes, organizations, physicians, and athletic trainers need to have a mutual understanding that the ultimate outcome of the game is the health of an athlete.

Thomas Bottiglieri, DO, is a member of the Scientific Advisory Board for the International Concussion Society. Concussion.org, sponsored by ICS, is the No. 1 destination for information related to concussion prevention, diagnosis and treatment. Our mission is to serve medical professionals, athletes, administrators, coaches, patients and the public by providing a central repository of accurate and scientifically vetted concussion research. Working alongside our world-class scientific advisory board, Concussion.org aims to be the most trusted global index on one of the most common, yet least understood, forms of traumatic brain injury.