The Neuropathology of Concussion 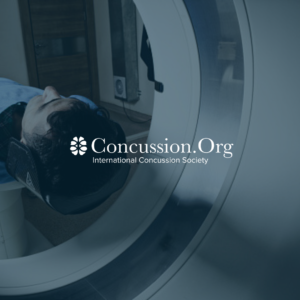 Willie Stewart, MBChB, PhD, FRCPath, explains what happens to the brain during a concussion and the lasting effects of TBI

Traumatic brain injury has been a subject of research for decades, and investigators are constantly learning more about the brain, effects of these injuries, and technologies to help in their assessment and treatment. While concussion, a type of mild traumatic brain injury, has increasingly gained attention within recent years, there is still much that researchers and health care professionals do not know about the damage caused to the brain. Dr. Willie Stewart, Consultant Neuropathologist and Honorary Clinical Associate Professor at University of Glasgow and ICS Scientific Advisory Board Member, outlines what we do, and do not know, about concussion and its effects on the brain and the body.

What happens to the brain during a concussion

The effects of moderate or severe traumatic brain injury are visible in brain imaging and recognizable in clinical exams. Patients with these more severe brain injuries occasionally die, allowing researchers to view the brain with a microscope and see structural changes.

The neuropathology of concussion is distinct from that of moderate or severe traumatic brain injury. “Concussion is much more challenging because there’s very little to see on imaging, unless you use really specific brain imaging techniques, which are at research level,” explains Dr. Stewart. “The clinical symptoms are heterogenous and often quite mild and hard to pin down. Patients don’t tend to die with acute, uncomplicated mild brain injury so we can’t look down a microscope and see exactly what’s happening to the brain.”

To illustrate what happens during a concussion, Dr. Stewart describes the brain as suspended as a semiliquid inside the skull. In all forms of brain injury, the skull moves rapidly, while the brain moves just slightly out of sync within it, causing the fine fibers in the brain to be stretched, pulled and, ultimately, damaged. “That damage interrupts the passage of signals in the brain, which leads to all the different symptoms people complain of,” Dr. Stewart says. The blood vessels and reactive cells within the brain can also be affected, contributing to those symptoms.

While severe brain injuries can be quantified using classification systems such as the Glasgow Coma Scale, there is no valid, objective assessment for concussion at this time. “There’s no blood test that can be done. No brain scan routinely performed. No clinical examination to elicit signs of concussion with any confidence. It’s all really subjective,” says Dr. Stewart. “And that’s where the problem, I think, lies in trying to figure out this disease. How do we recognize who really has a concussion?”

While most people who suffer a single concussion will make a full clinical recovery within a short period of time, a small number will experience symptoms for months or longer. But long-term effects are generally believed to be a result of multiple concussions. “We don’t believe [a single concussion is] necessarily enough to lead to long-term problems. It requires the cumulative effect of exposure to multiple mild brain injuries or to one single moderate or severe brain injury,” Dr. Stewart says.

Researchers have recognized that exposure to repetitive brain injury can lead to long-term change in the brain. Dr. Stewart notes chronic traumatic encephalopathy (CTE), a degenerative brain disease found in people who have a history of traumatic brain injuries, as an example that has been captured in headlines in recent years, especially in the world of sports. However, while researchers can see physical differences when viewing a brain with a microscope, long-term effects such as psychiatric disease and personality syndromes are still difficult to define as directly associated with brain injuries.

So can the brain heal? The brain does have plasticity, which allows it to adapt to minor injuries when circumstances require it, says Dr. Stewart. “For milder forms or single injuries, some degree of recovery of function is undoubtedly capable. My concern is the cumulative effect of multiple injuries, one on top of the other. And that might not be repairable or recoverable.”

Weighing the health benefits and risks in sports

Despite the risk of head injury for athletes, Dr. Stewart also calls for balancing the concern for injury with a recognition of the health benefits of physical activity, including cardiovascular benefits and a decreased risk of obesity, diabetes and other diseases. This positive counterpoint may be overlooked due to a lack of information. “What we’re really lacking at the moment is any real understanding of what global, long-term brain health looks like in former athletes,” says Dr. Stewart. He points to his ongoing research with the FIELD study that aims to go beyond isolated cases of dementia in former athletes. Instead, it will take a broader view of the lifelong health of around 10,000 former soccer players, evaluating not only brain health but also other body systems and diseases, in order to more accurately weigh the risks and benefits of playing the sport.

But the message is clear: If in doubt, sit them out. It’s an initiative that health care providers and researchers in this field want the general public to take to heart. “If there’s any suspicion an athlete may have concussion, they should just be removed from play,” Dr. Stewart says.

While there’s so much left to learn about concussion, Dr. Stewart sees the increased public awareness of the long-term risks of exposure to brain injury as a positive sign. This awareness contributes to more researchers coming into the field, new ideas, emerging technologies for diagnosis and management, and studies that give further insight into how dementia develops. All of these new developments point to a clearer understanding of the brain and a world of possibility for the neuropathology of concussion.

Willie Stewart, MBChB, PhD, FRCPath, is a Scientific Advisory Board Member of the International Concussion Society. The International Concussion Society sponsored website Concussion.Org  is the number one destination for information related to concussion prevention, diagnosis and treatment. Our mission is to serve medical professionals, athletes, administrators, coaches, patients and the public by providing a central repository of accurate and scientifically vetted concussion research. Working alongside our world-class scientific advisory board, Concussion.org aims to be the most trusted global index on one of the most common, yet least understood, forms of traumatic brain injury. If you would like to be interviewed for an influencer profile, please fill out this form.