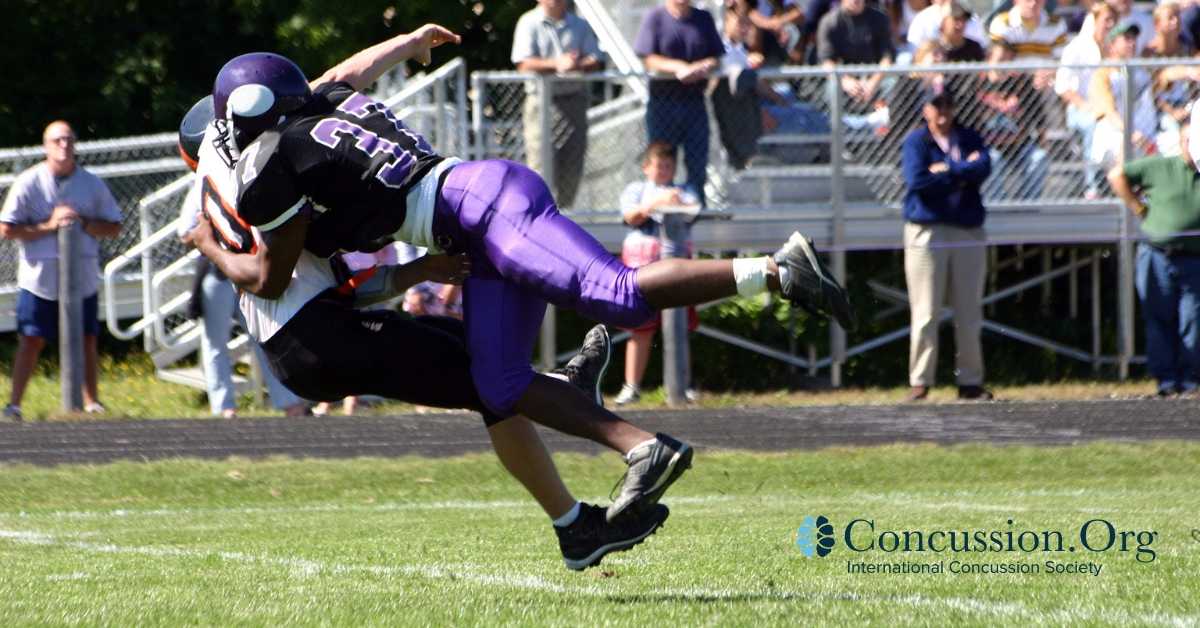 CTE is not able to be diagnosed in the living, but new research hints at a way forward

Chronic traumatic encephalopathy, or CTE, is an injury commonly caused by repeated blows to the head. It is associated with levels of an abnormal protein, known as the tau protein, in the brain. Unfortunately, it is impossible to diagnose living people with CTE, and the condition can only be confirmed during an autopsy of someone who has passed away.

But a new study of former NFL athletes published in the New England Journal of Medicine found a connection between how long these players played football and their abnormal protein levels using an experimental scanning process, that leaves the door wide open for more research.

The International Concussion Society had the opportunity to review the findings of the study with one of its author’s, Charles Adler, MD, PhD, of Mayo Clinic.

“While, we still do not have a method to make a diagnosis of CTE during life—this was an experimental project that suggests there was more abnormal tau in these PET scans in the players, compared with controls as a group,” he said.

Researchers used the experimental PET scan to measure abnormal tau protein levels in 26 former NFL players and compared them with scans from 31 people who did not play in the NFL. Dr. Adler notes that all of the former NFL players presented some kind of cognitive, mood-related or behavioral symptoms in addition to generally having higher levels of the abnormal protein, compared with the control group.

Dr. Adler also points out that there was no connection between the levels of this protein and the clinical symptoms that the former players experienced. The number of years spent playing football was the only factor associated with the abnormal protein’s levels.

Despite promising results, Dr. Adler cautions that this research has a long way to go. A number of other, bigger studies with broader sampling sizes have to take place to confirm what Dr. Adler and his colleagues found, he says, specifically highlighting the need for autopsy confirmation for the findings observed in living patients.

“Larger studies of living former football players need to be done,” he says. “We need to be able to follow players over time to see if symptoms progress and to see if the abnormal PET scans progress. We also need studies on other types of individuals who have suffered repetitive head injuries, not American football players.”

Dr. Adler also stresses the experimental nature of this work.

“I think it’s important for the reader to understand that right now, this is not FDA-approved,” he says. “It’s experimental and it’s not something that healthcare providers are going to be able to take into the clinic.”

To learn more about CTE and other traumatic brain injuries, visit the Concussion.org resource library.