Talking to Your Child About Concussion 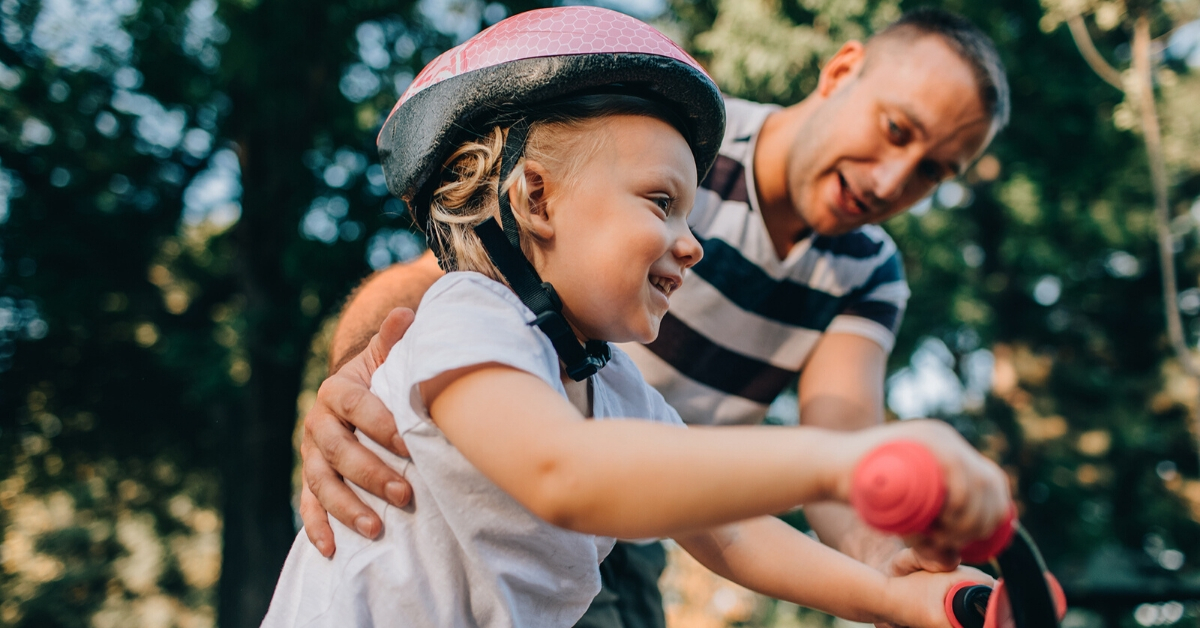 Empower your kids to be advocates for their own health

From ‘Stranger Danger’ to ‘The Talk,’ parents are often tasked with having difficult discussions with their children in order to ensure their safety and well-being—and that list includes conversations about concussion. Research shows that children as young as six years old can grasp fundamental ideas about head injury. But how should you frame talking to your child about concussion in a way that’s effective without being scary?

Start the conversation off on the right foot

If your child plays a sport, a natural time to start the conversation about head injuries is right before the season starts. As they begin thinking about the season ahead, get them thinking about their safety too. If they don’t participate in sports, have your discussion before the school year starts or when starting a new activity. As with any important conversation with a child, make sure you pick a time when they will be most receptive to new information.

Use age-appropriate language when describing head injury signs and symptoms. “Being confused or foggy means a totally different thing to a high school athlete than a kid at age 5,” explained Robert Cantu, MD, neurosurgery professor and codirector of the Center for the Study of Traumatic Encephalopathy at the Boston University School of Medicine in conversation with GOOD. A high schooler can grasp higher level concepts like short-term memory impairment or light sensitivity, but a younger child can work with terms like ‘different.’ For example, “Is there anything different with your balance or your thinking?” The CDC also developed a mobile game called HEADS UP Rocket Blades to teach concussion safety in a kid-friendly way aimed at early elementary school children.

When it comes to teens, Matthew Harris PT, DPT, CSCS, at the Nemours Children’s Health System recommends parents explain the risks of concussion in ways that reflect the teen’s values. For instance, if a teen athlete feels dismayed over missing a game due to a head injury, point out the upside that missing one game now for treatment can improve recovery time, while additional post-concussion blows to the head may delay recovery—and play—for weeks. Empathy works, too: Teaching your young athlete to support their peers with concussion—even if the injury isn’t apparent—can reduce any stigma of injury that might not be visible from the outside.

Talking to your child about concussion symptoms

Sometimes children don’t report a concussion because they didn’t recognize the symptoms and as a result, don’t know to say anything. Teach your children the most common signs of concussion, which include headache, blurred vision, nausea, dizziness, sensitivity to light and trouble paying attention.

Many may think that helmets prevent concussions, but that’s one of the many helmet misconceptions. According to ICS President John Leddy, MD, FACSM, FACP, “The general stance in the scientific community is that helmets are effective in preventing skull fractures and very serious brain injuries.” However, the brain tissue moves even though a player is wearing a helmet so a helmet cannot decelerate the brain when someone falls or gets hit. Children should always take care not to get hit—and not to hit others—in the head, regardless of whether they are wearing a helmet or not.

Encourage your child to speak up

Other children keep quiet because they don’t see a head injury as a reason to stop playing. “Because brain trauma doesn’t look like a “real” injury, it’s not treated like one,” writes Elizabeth Sandel, MD. Just because an athlete isn’t wearing a cast or on crutches doesn’t mean that they’re well. “But if they broke an arm, tore a muscle, or were bleeding profusely, wouldn’t they stop playing and seek help?” Teach your children that brain trauma is at least equally important. “It’s the brain, the part of the body that’s in control! They need to stop playing and report it,” says Sandel.

The Nemours Children’s Health System reports that young athletes are less likely to acknowledge concussion symptoms during a championship game, so make sure they know that you’d want them to report any head injury symptoms no matter how ‘big’ the game.

Regardless of your child’s age, thank them when they do report an injury. “When they get positive feedback for reporting an injury, young athletes feel more comfortable about doing so,” writes Harris. Teach your child to be an advocate for their own health—the importance of taking care of their bodies can be a source of empowerment.