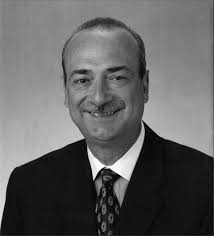 Jim Marino is the former President and Chief Executive Officer of Alberto-Culver Company, a 1.6 billion dollar plus NYSE global manufacturer and marketer of consumer beauty products with a $3.7 billion market cap at the time of its sale.

Alberto-Culver Company manufactured, distributed and marketed leading personal care products including TRESemmé, Nexxus, Alberto V05, St. Ives and Noxzema in the United States and around the world.  Several of its household / grocery products such as Mrs. Dash and Static Guard were niche category leaders in the U.S.

Mr. Marino is a graduate of Northern Illinois University, with a B.S. in Marketing, and an MBA graduate of DePaul University.  Jim is also a graduate of Fenwick High School. Prior to Alberto-Culver, he spent most of his career with Helene Curtis in a variety of marketing and management positions last serving as President of the company’s Professional Division and as a member of the Executive Committee.

He resides in the Chicago suburbs and in Naples Florida with his wife Maureen.   He has three children – Kelly, Dan and Caitlin and three grandchildren – Virginia Grace (Gigi), Vincent and Anna.