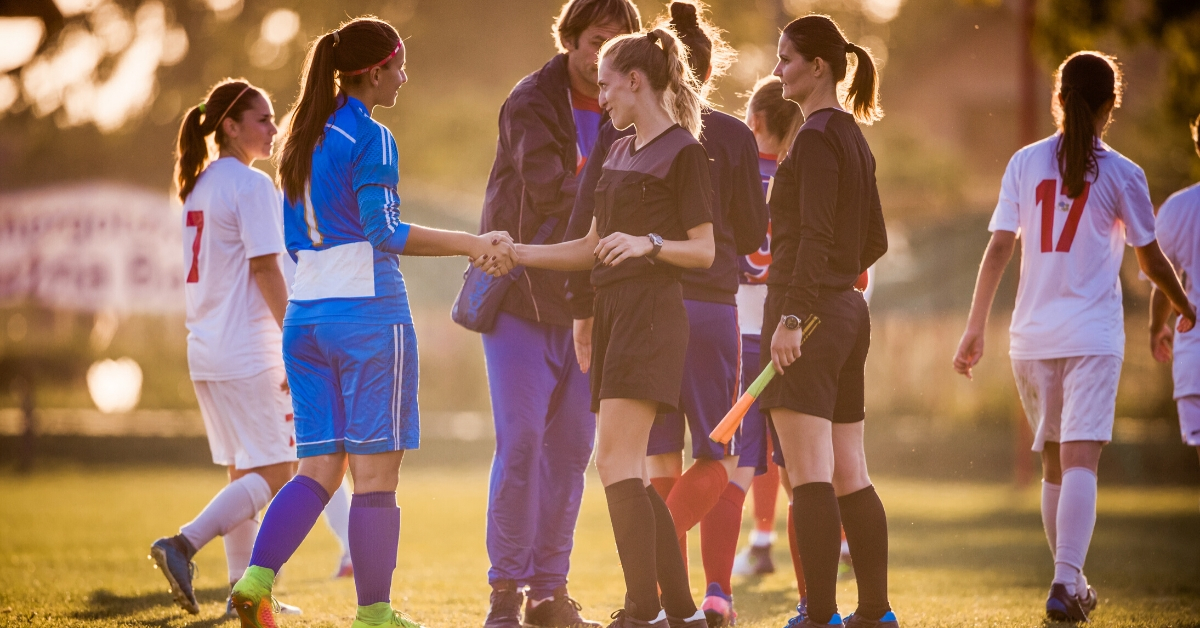 Along with the fundamentals of their sport, youth athletes are also taught sportsmanship as a form of on- and off-field courtesy. But without enforcement, contact sports can yield to rough play and high rates of head injury. Up to 30% of Junior A hockey teams, for example, are affected by concussion.

“A lot of those are from infractions like elbows to the head, fights, high sticks, or, instead of rubbing a guy along the board, smacking him with all your weight,” says Aynsley M. Smith, PhD, RN, of the Mayo Clinic Sports Medicine Center.

According to Dr. Smith, sportsmanship is a concept that involves asking the kids to play “fairly,” but there aren’t as many measurable aspects of the concept. This is where Fair Play—a structured behavior modification program—comes in. The Fair Play system, which is opt-in, can be adapted by any youth contact sport. Dr. Smith says she would like to see it become more widespread.

“I don’t think there’s ever been a time in history in which a program like this is needed more,” she says. “Our whole world needs people showing respect for each other, from the littlest kids to the parents and coaches.”

Fair Play is based on research from sociologist Edmund W. Vaz. Its development came in response to concerns of unnecessary force in youth hockey, including a high-profile case in 2000 where a Massachusetts youth hockey referee died after getting into a fight with a parent.

The incident prompted Dr. Smith and her colleagues to launch a Fair Play program in Minnesota. For example, a team earns two points for a win in hockey. But with Fair Play, teams can earn an additional point by playing in a sportsmanlike manner, even if they lose. The points are then counted in season standings.

Dr. Smith says there are measurable violations where you can forfeit or earn your Fair Play points by playing within the rules in a sportsmanlike manner. Rules violations can occur when team members play over-aggressively or when coaches instruct children to play roughly. Teams also lose Fair Play points if parents or coaches are out of control and the referee has to remove them from the game.

“If you’ve got a fair, healthy atmosphere, your players are playing in a sportsmanlike manner,” Dr. Smith says. “But their parents and coaches must be modeling good manners.”

These kinds of results are why Dr. Smith wants to see a wider implementation of Fair Play. Without consequences like Fair Play points, Smith says, it can be difficult to enforce good sportsmanship. She believes youth sports can become safer for all with the help of psychological behavior modification with reinforcement and penalty like Fair Play.

“In contact sports, you can be really mean and sometimes get away with very dangerous penalties if there isn’t real vigilance on the field or on the ice,” Dr. Smith says. “It’s a powerful, powerful program when it’s implemented properly.”